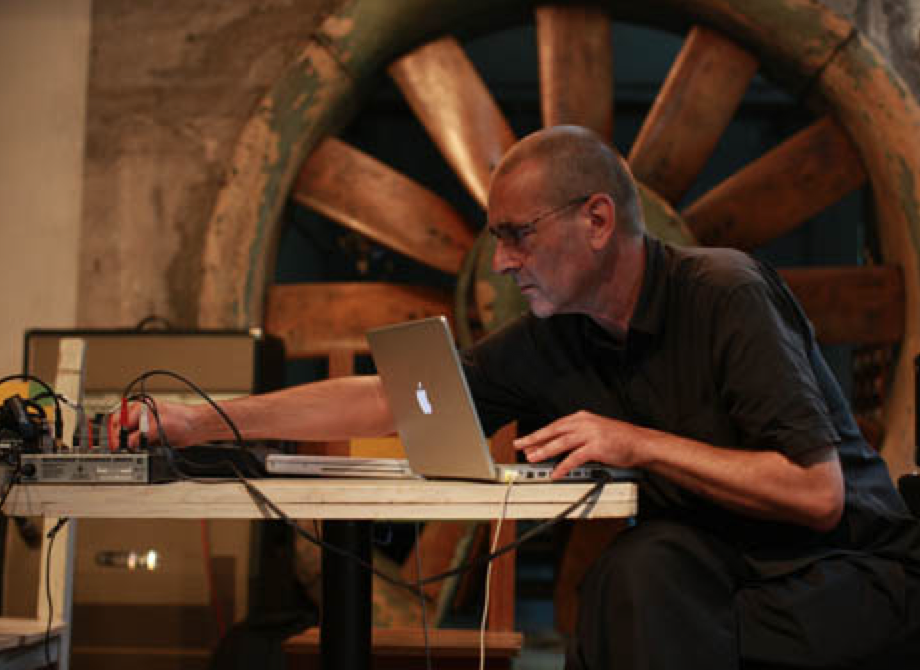 – please send us 3 seconds long audio or video piece to be part of collaborative composition dedicated to Zbigniew, all performed during the concert

audio or video send to: info@noiseasia.com  (before 7pm European time) Audio Tong present a re-edition of Zbigniew Karkowski’s early piece, Uexkull. Not available on CD anymore, here you can download it for free as an 320kbps mp3 or high quality .aiff file.

Uexkull is one of the first works published by Zbigniew Karkowski. It was composed between 1988-89 in Gothenburg, Sweden and Paris, France.

Anckarstrom label in Gothenburg in 1990, Uexkull was realized at Ateliers Upic in Paris, EAM studio at State College of Music in Gothenburg and Computer Music Studio at Chalmers University of Technology in Gothenburg. concert info here
and thanks Daniel Menche and Zbigniew sent me pictures!

about SAN:
Sonic Arts Network is a national organisation working exclusively with sound and technology in creative, innovative and experimental ways.
Every year we support British artists through a series of new commissions and by providing platforms for their work through performance and exhibition; we realise creative projects with people of all ages through educational workshops; and we build the profile of electronic music and sound art by bringing the best artists in the world to show their work to British audiences.

In the aftermath of the 1968 Parisian riots, Bayle commented, “Poetry threw us onto the streets. No doubt spurred on by the circumstances, my project received a great breath of fresh air before plunging airless into the abyss of the studio.”

Six years later he emerged to premiere his project, the epic masterpiece L’Expérience Acoustique on a sound system that changed the direction of experimental music – the Acousmonium. Created in the labs of GRM by Bayle himself, the Acousmonium is an orchestra of over 80 loudspeakers of differing size and shape; triffid-like tweeter trees grow amongst spherical sound projectors with stacks placed across a stage at varying heights and distances. “It puts you inside the sound.” Bayle comments, “It’s like the interior of a sound universe.”

Cut and Splice, the UK’s premier annual festival of radical electronic music and sound art, brings the Acousmonium to London for the first time in its 30 year history. Sonic Arts Network and BBC Radio 3 provide a rare chance for audiences and artists alike to experience this performance machine first hand. The festival presents some of the leading international names in current experimental electronic music performing alongside the great figures of the GRM.

The intimate surroundings of the ICA will play host to the immersive sound journey of Bayle’s L’Expérience Acoustique, a visionary work “unique in Western Art and of a beauty that suspends time” (Le Monde), through to the dense sculptural noisescapes of Zbigniew Karkowski whose music “holds the auditory nerves fully in its thrall”, by way of the stunning and elusive elegance of the work of Eliane Radigue, “infinitely discrete…next to which all other music seems to be tugging at one’s sleeve for attention.”